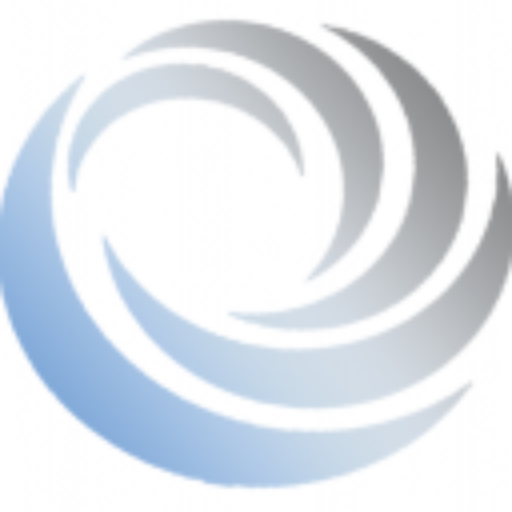 Edinburgh has some amazing woods, parks, and hills that never cease to amaze, so lace-up your walking boots, pack your binoculars and embrace the great outdoors within an amazing city.

The Meadows – It consists largely of open grassland crossed by tree-lined paths, but also has a children’s playground, a croquet club, tennis courts and recreational sports pitches.

Craigmillar Castle Park – is a natural heritage park with areas of mature and young woodland, grassland and old quarries.

The Hermitage of Braid – Trees, some older specimens are over 40 metres tall, have been on this site for over 300 years, and is designated an ancient woodland.Cammo Estate – 85 acres of woodlands, glades and grasslands, and has been named a Site of Importance for Nature Conservation.

Holyrood Park – has an array of hills, lochs, glens, ridges, basalt cliffs, and patches of gorse, providing a wild piece of highland landscape within its 650-acre area.

Lord Ancrum’s Wood – The South Esk River in Midlothian, just outside Edinburgh, has been lined with trees for thousands of years. If you look hard enough you may find “the priest hole” cavern.

Arthur’s Seat – an ancient volcano and is the highest of the seven hills in Edinburgh, rising above Holyrood Park in spectacular fashion.

Braid Hill – is a small range rather than a single hill. The highest summit – Bucks-tone Snab – has a view indicator at the highest point.

Blackford Hill – With the Royal Observatory just below the summit, some reckon the view from here is the best of all the hills.

Calton Hill – Although the lowest of the seven hills, it offers one of the best views over the heart of the city. There’s also a fascinating array of monuments to view and visit.

Castle Rock – comprising a classic crag-and-tail formation, it is home to Edinburgh Castle, the Royal Mile, and leads down to the Palace of Holyroodhouse.

Corstorphine Hill – much of it is fine woodland and also houses Edinburgh Zoo.

Craiglockhart Hill – lesser known of the seven hills, and really 2 hills, but offer superb views over the city.

Pentland Hills – Just outside Edinburgh and home to the Midlothian Snowsports Centre, the second-longest dry ski slope in Europe. 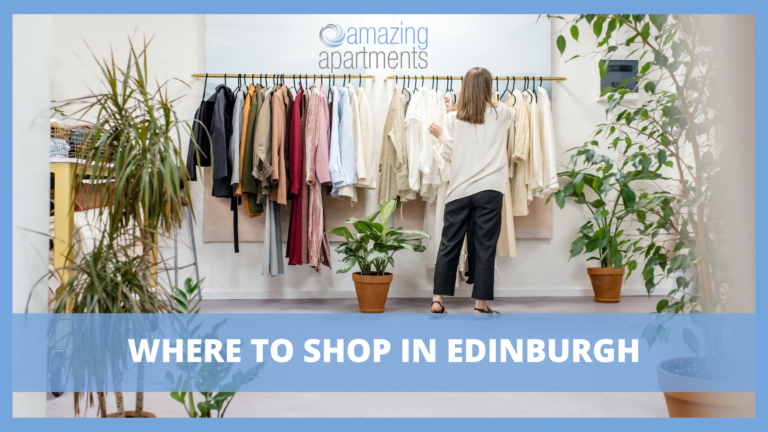 Where to Shop in Edinburgh

Princes Street Edinburgh’s Princes Street allows you to shop while having incredible views of the castle! It has shops lining only one side of the 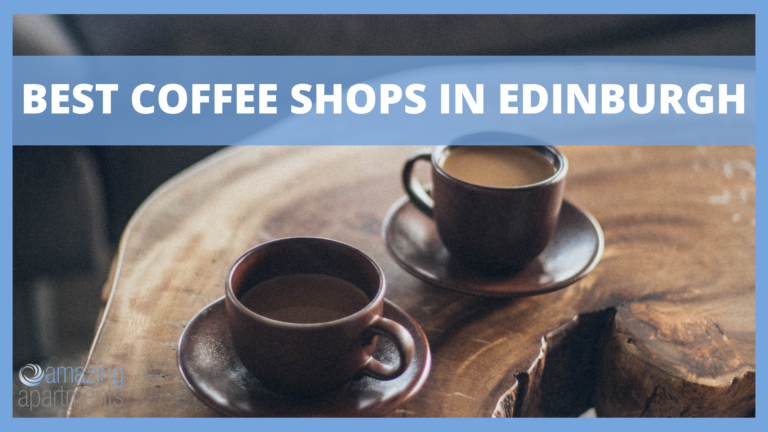 There are so many to choose from however, we thought we would put together our top 5 coffee shops.   Fortuna Coffee Bar 77 Queen

amazing apartments pride ourselves in providing luxury short term accommodation in Edinburgh suitable for leisure, corporate, and contractor guests. All our beautiful properties are regularly maintained to ensure your stay is problem-free. If you need help or have a question we are on hand to assist you and make your stay a home from home.

Please enter your username or email address. You will receive a link to create a new password via email.